Religious texts mention of different reasons for having Lord Ganesha as the doorkeeper. One of the stories says that it was Mamleshwar Temple where Lord Ganesh stood as a doorkeeper for her mother and didn’t allow Lord Shiva to enter its premises. Consequently, Lord Shiva cuts his head off without knowing that he was his own son and following his mother’s order.

Dating back to 400 AD, this impressive stone edifice is about a kilometre away from Pahalgam, resting amid mist-covered mountains. The complex is lush green and is situated across the Kolahoi stream, which is another beautiful attraction of the region.

This temple is not big by any means and is barely under 8 square feet internally, has a porch supported in the 2 columns. It houses an old pedestal and a Shiva Linga. Surprisingly, a spring of remarkably pure water rises from under the temple site and is enclosed in a basin in front of the stairs. 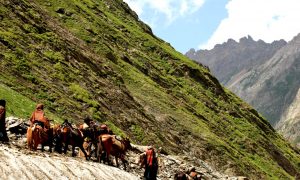 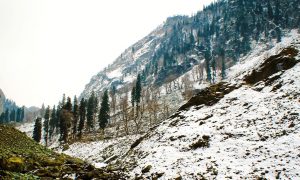 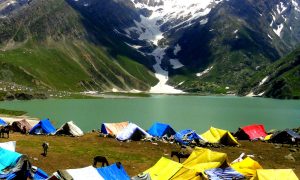