Yaks are found in the wild in the Ladakh region of Jammu and Kashmir, India. Yaks have been domesticated in Ladakh for thousands of years and are a very valuable animal in the Himalayan economy. The yak is used as a beast of burden to carry loads and to plough fields. The local people also drink its milk and eat its meat. The Yak’s thick hair is used to weave blankets and ropes and Yak dung provides fuel in the treeless areas of Ladakh and the Tibetan Plateau.

Appearance and behavior: The Yak is a large mammal. An adult male Yak can grow to almost 6 feet tall and weigh 1000 Kg. Female Yaks are smaller. Yaks are covered with a dense coat of thick black hair that protects it from the extremely cold Himalayan climate. Yaks can survive temperatures of – 40 C. They are hardy animals and can survive snowstorms and blizzards. In harsh winters they can survive by eating moss and dried grass. Snow and ice provides liquid refreshment for the Yak. Yaks are also good climbers and can pick their way over rocky mountain slopes and inclines.

Yaks usually live in herds of 10-30 though larger groups have also been seen. Yak herds migrate in winter to better pastures on the lower slopes and return to the high altitude pastures in warmer months. Yaks feed on grass, mosses and leaves. Their horns are used to dig through the snow to expose grasses underneath. The long horns of the male Yak can extend up to 76 cm.

Population: There are less than 10,000 mature wild Yaks worldwide. Domesticated Yaks however are more numerous and are believed to be around 12, 000, 000. You can see both domesticated and wild yaks in Ladakh in Jammu and Kashmir, on Kashmir wildlife tours with Kashmir Tourism. 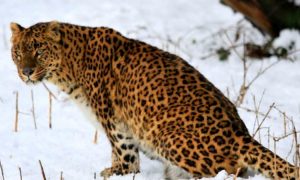 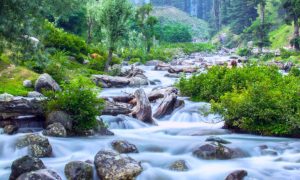 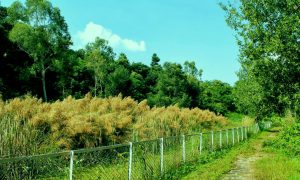