Gulmarg was previously known as “Gaurimarg”, named after Lord Shiva’s consort Goddess Parvati, nicknamed “Gauri”. But in the 16th Century, the then ruler Sultan Yusuf Shah changed it into Gulmarg; meaning “Path of Roses”. The Mughals brought Roses along with them and cultivated many varieties in the long run.

The next Mughal Emperor Jehangir was very fond of the beauty of this valley. He had once collected 21 colours of flowers from its meadow. This habit appears in most of the pictures and carvings in the palaces. Out of all flowers, the Red Rose seems to be the favourite. Every subsequent ruler promoted their preferences uprooting the earlier plants.

Today all varieties are loved, and not a single type is missing from Gulmarg. Though other towns like Pahalgam, Verinag boasts of roses also.

During colonial days, British rulers were also mesmerised by with the natural beauty of Gulmarg and considered it as one of the summer resorts for the officers. A substantial number of international tourists throng the place before the upheaval takes place in the valley. But unrest situation left the Gulmarg Tourism in a shattered state. Fortunately, from last few years, relative peace is returning to the valley and so is the number of tourists. 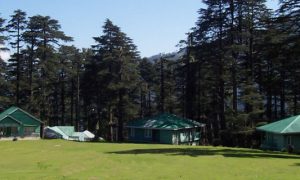 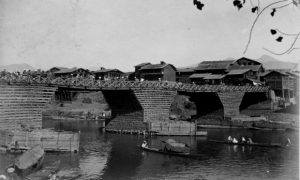